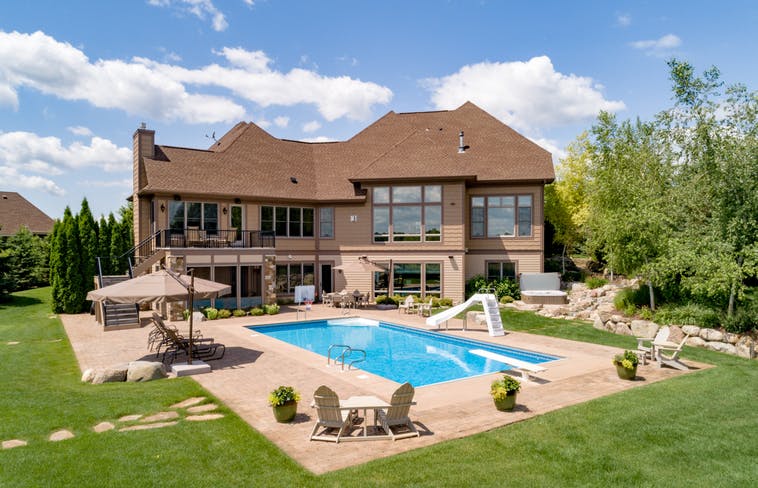 Not many homeowners can say they built the same house twice. Mike and Kathy Viola can. In 2007, the couple built a large “European country casual” home on 2.5 acres in Prior Lake overlooking the Credit River basin.

Just three weeks before they planned to move in, lightning struck the house, and it burned to the ground. Undeterred, the Violas rebuilt the exact same house with one important change — they added 18 lightning rods to the roof.

“We were the first house in the neighborhood, and it was an open field,” said Mike, although now other homes have filled in around them.

The 8,865-square-foot house has an Old World air, from its 4-inch-thick walnut castle-esque front door to its four fireplaces, all surrounded by stone or brick.

But the house is also packed with 21st-century amenities, including a theater with sound-absorbing walls, fabric panels to optimize sound and electronic chairs that go into full recline position.

The Violas are music lovers, and their home’s sound system has 22 zones. “It was designed with a lot of electronics in mind, to enjoy music,” Mike said. “You can make this place rock.”

Downstairs, there’s also a climate-controlled 600-bottle wine cellar, with custom racking. The flooring is made of pavers salvaged from vintage St. Paul buildings, and the ceiling is “designed and finished to look like a cave, even painted to look damp,” Mike said.

The couple’s 13 grandchildren enjoy the basketball court and swimming pool. “I taught all the grandkids to swim,” he said.

With six bedrooms and seven bathrooms, there’s plenty of space for overnight guests. “The main floor is for living, the top floor is for guests, and the lower level is the entertainment level,” said Mike.

Now they’ve put the house on the market for $1.9 million.

“We’d like to downsize,” Mike said. “It would be nice to have a little less to take care of.” He’ll miss most of the home’s ability to accommodate a big family and entertain large groups. And when you need a break from company, “there are an awful lot of getting-away spots,” he said. “You can always find a quiet place.”

Kim Palmer is editor/reporter for the Homes section of the Star Tribune. Previous coverage areas include city government, real estate, and arts and entertainment 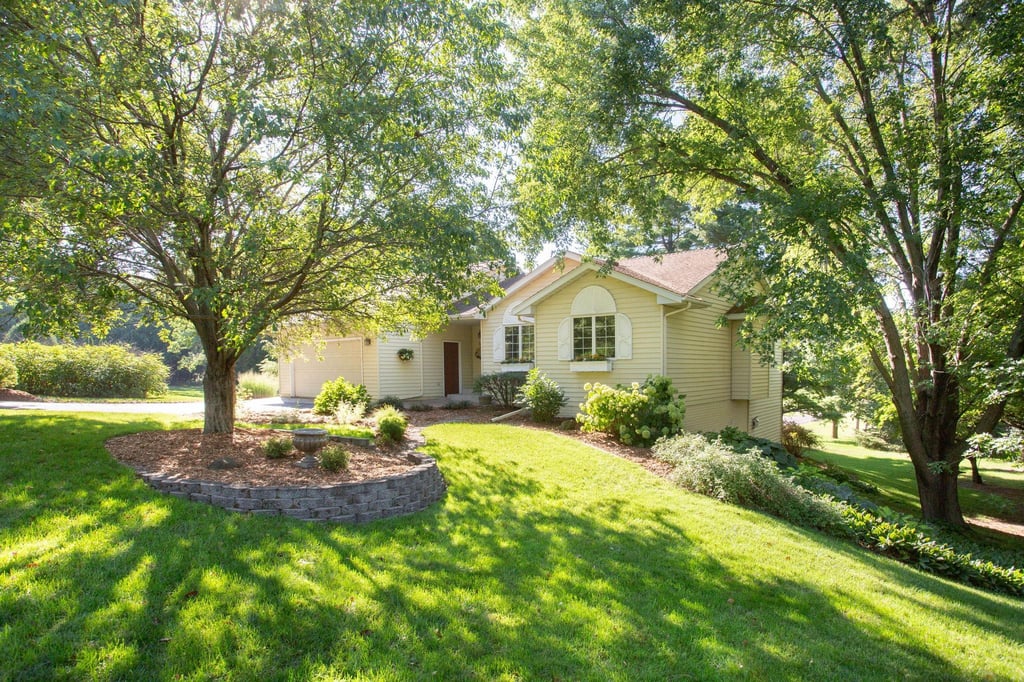